Since we were unable to meet in January, members stopped by the library and emailed their responses to Lady in the Lake by Laura Lippman.  I am pasting them here in the order I received them.  I also asked for suggestions and recommendations for us to read (as a 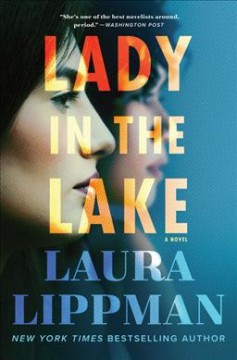 group or individually). I did not make a traditional journal this month and am sorry that I did not post this sooner. I cannot emphasize enough how important are our varied responses and experiences!  Thanks!

CB: I have just started reading Lady in the Lake. So far, I like it and I am impressed by how well the author switches narrators without confusing the reader. I will send you an email with my evaluation when I have finished it.

MM:    I am sorry for taking so long getting my thoughts about the book to you. I have read the book in bits and pieces. I guess I couldn’t get that into it, which is probably why it’s taken me so long to finish, which I did just last night! The first question in the discussion questions wants to know who we thought was the main character. I think it’s a toss up between Maddie and Cleo. In the beginning I would have said it was Maddie, but at the book’s end I’d say it might also be Cleo since she actually was not dead and wove herself in the story throughout the book.

I disliked Maddie for being selfish, especially in regard to leaving her son at the age of sixteen.  At the end of the book, she stated that she was now a grandmother, but didn’t mention the relationship she had with her son and grandchildren. I wonder if that is so because she really wasn’t that interested in them? I did admire her courage for leaving a marriage in which she no longer loved her husband. She was determined to make it on her own, which is what she accomplished.

Maddie never seemed to know who she was, and therefore it was hard for us to get to know her. She seemed interested in living alone and having sex all the time.

DP:    She liked the book.  The characters were believable and reminded her of people she knew when she lived in New York.

CH:    I read Lady of the Lake. Enjoyed but did have some trouble following who was talking. Would like to have reread but expired before I got around to it. What did you think?

JT:    I really enjoyed the book.  It was an easy read, kept my attention.  I also liked the surprise ending.  The main character of the story was definitely Maddie Schwartz.  Her life, what she was doing everyday.  Cleo was just part of her story.

I liked that Lippman added the thoughts from incidental characters.  I think it added to the development of the story by allowing them to tell the story themselves.  I wish she would have included a paragraph by Milton.  I would have liked to know his thoughts on why his wife left after so many years and how it made him feel.  And one by Seth, explaining his feelings and why he was so hostile to his mother.

As far as her secret, I don’t know that her secret changed her life in any way.  Maybe if others had found out, she wouldn’t have married Milton and her path would be different.  But having this secret still allowed her to marry and do whatever she wanted to do in her future.  She consented to the affair, it’s not like it was done against her will.  I don’t really see her guilt changing the way she lived.  If her secret from high school had a profound effect on her life she might not have engaged in the secret affair with Ferdie.

I was surprised by Ferdie.  The book leads you to believe that he is married because he only comes around at night.  And they never seem to talk about their lives, (not even knowing each other’s birthdays).  It seemed like he was only interested in 1 thing.  It was surprising to find out he loved her.  And I have to object to the whole idea that there was no such thing as biracial marriages or encounters at that time.  My neighbors, who are in their 70’s, and married for many years would have started dating about that time.  According to my neighbor, (she’s white, he’s black), they would sometimes get looks but no one seemed to be too bothered about it.  At least not anyone who said anything to them about it.  So it’s not like it was an insurmountable obstacle.  Maybe it was different in the Midwest!  I think the issue was more that Maddie wanted to be “satisfied” but not encumbered!

KC:   He really liked the book. He didn’t like the main character, but it was an interesting mystery, with some surprises, and dealt with the important issue of discrimination. It had many  throwaway lines, such as how women were raised t understand that life wasn’t going to be fair.  He didn’t find it quite believable that Cleo would go to all the trouble to stay hidden and then appear to a newspaper reporter.

CB:   Lady in the Lake is well-written. The author is able to switch between narrators without any confusion. That was masterfully done. The descriptions of people and places seem realistic and vivid.

Now for the big criticism: I just couldn’t care much about any of the characters. When Maddie was scheming and manipulating to become a journalist, I kept thinking, “Girl, there are easier careers.”

I did find myself cringing when she has having trysts with Ferdie. I kept thinking that she was going to be found out and publicly exposed and it would be disastrous for her, for him, for Milton, for Seth, etc. I guess I’m glad that didn’t happen. Her final non-average sex life didn’t scandalize me – life and let live.

I think that Spike/Tommy’s prison term of 8 years seems long for someone who didn’t do anything other than tampering with a body. However, if he really had killed someone, 8 years seems like a short time. I guess killing a Black woman wasn’t very serious then, to the legal system.

To sum up, the book shows us how interconnected we all are. It’s well done, but I don’t feel inclined to read any more by this author.